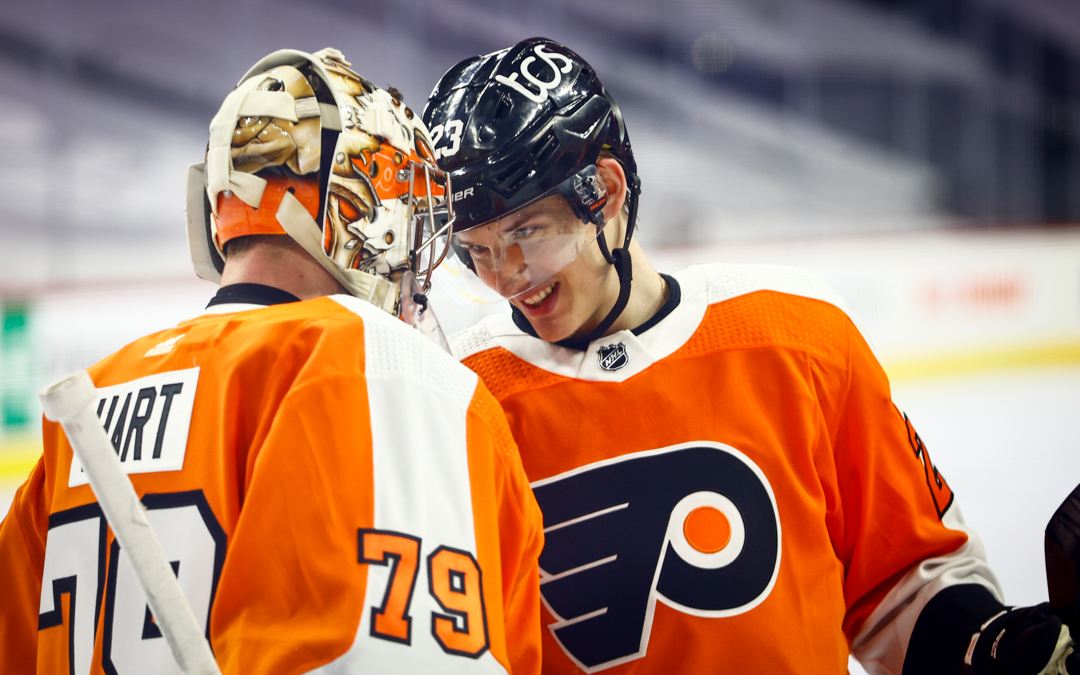 It only took until the 56th game of the season, but there was actually a loud, energetic crowd watching the Philadelphia Flyers play the Vegas Golden Knights on Tuesday night.

If you had missed the first five months of the season (lucky you) and knew nothing about what had transpired, you would have thought all was well with the Orange and Black and its shrinking fan base.

With less than six minutes left, Zack MacEwen and his fourth-line teammates got the crowd involved with a feisty shift, and the arena erupted with heartfelt “Let’s Go Flyers!” chants. Without a scoreboard prompting.

There were more loud cheers when Carter Hart, who made a career-high 47 saves and stole a 2-1 win for his teammates, continued to cause the Vegas Golden Knights’ shooters, especially Jack Eichel (nine shots), to look at the rafters in disbelief.

It was a reminder that, yes, this used to be a hockey town. That, yes, the Philadelphia Flyers fans are starved for something that makes them cheer, starved for their team to play some meaningful games.

Oh, they booed earlier in the game at the power play, which was 0 for 4 and is

Welcome to your new home for Philadelphia Flyers breaking news, analysis and opinion. Like us on Facebook, follow us on Twitter and don't forget to subscribe to PhHN+ for all of our members-only content from the entire Philadelphia Hockey Now crew plus an ad-free browsing experience.
Related Topics:Carter HartchantsfansfeaturedMike Yeophiladelphia flyersScott LaughtonVegas
Up Next

Flyers recall defenseman Cam York from Phantoms; figures to get time on PP