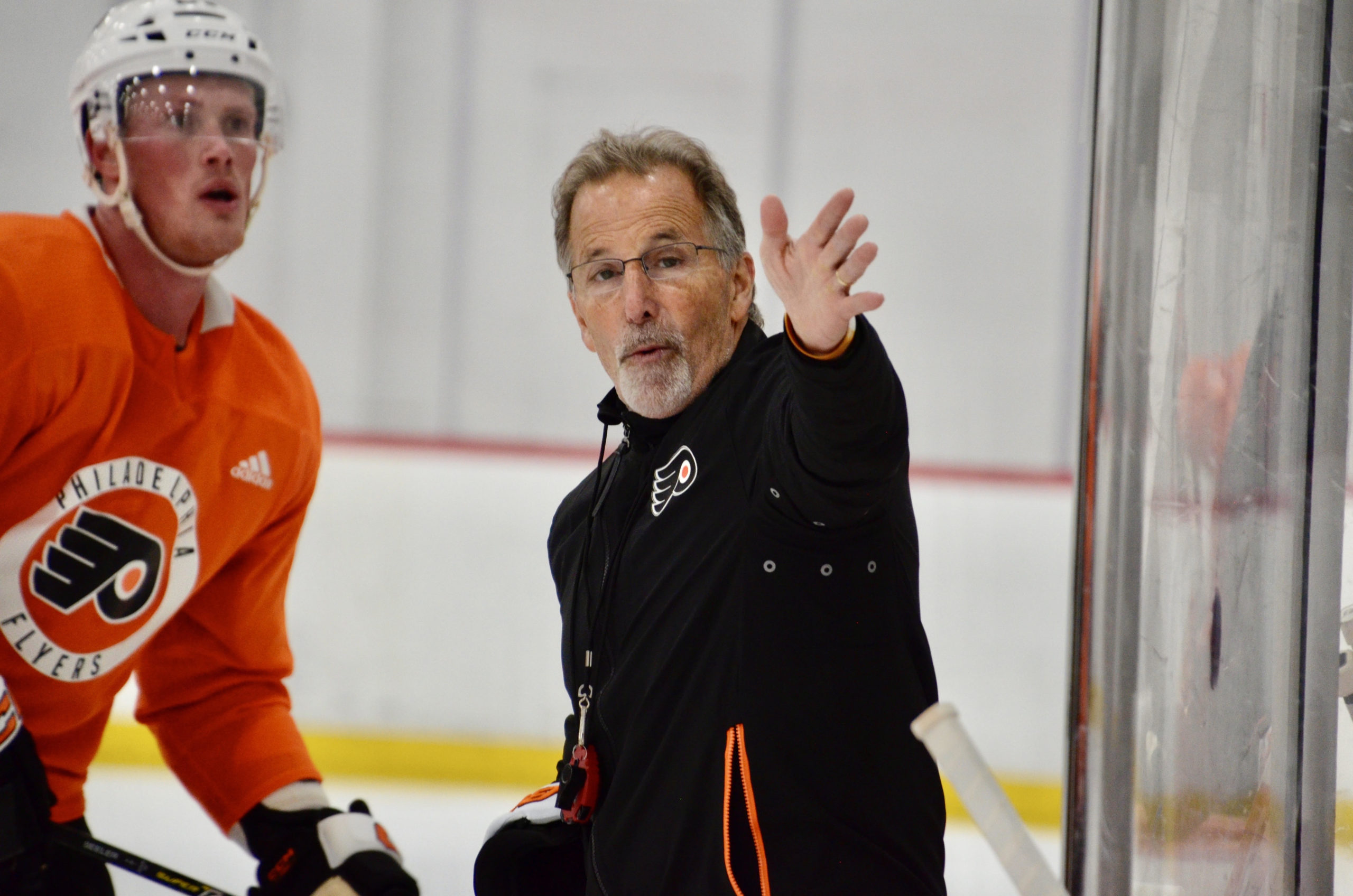 We all realize it’s only the preseason, and the Philadelphia Flyers are experimenting and using a lot of young and inexperienced players.

Still, a scary thought keeps creeping into my mind.

What if injured center Sean Couturier ends up missing most of the season?

What if the power play is as bad as it has looked in the first four preseason games?

Well, if that all happens, the Flyers will certainly be in the running for super-prospect Connor Bedard, a center known as the Can’t-Miss Kid.

The Philadelphia Flyers have two preseason games left, and it’s time for the offense to show a pulse, even if these games mean less than the price of gas in 1970 (36 cents per gallon).

It’s time for the Flyers to put together their expected opening-night lineup — or close to it — on Sunday against the host Islanders. It’s the first preseason game in which new coach John Tortorella will be behind the bench.

It’s time to find out what the Flyers have. Or don’t have.

It’s time for the attack to produce more than one goal a game, their average in their 1-3 preseason.

The Flyers’ offense has been virtually nonexistent. Too many one-and-dones. Too little traffic in front of the net. Too much shooting from the perimeter.

Selling tickets was always going to be difficult after the lousy product displayed during the last two seasons. That meant the Flyers have one playoff series win over the last 10 years.

In addition, the injuries, and an offseason in which little was done in the free-agent and trade markets have made plenty of tickets available for 2022-23. The less-than-inspiring exhibition games haven’t helped, either.

Yes, it’s only the preseason. Yes, it’s going to take a while before Tortorella’s systems are digested. So far, conditioning has been Torts’ main goal in training camp.

Still, it would be nice to see several of the Philadelphia Flyers’ promising prospects show there’s a glimmer of hope, show they can be part of the Great Road to Respectability.

If that road one day includes Bedard as a navigator — or one of a handful  of generational players in the 2023 draft — it won’t be as long and bumpy.

Welcome to your new home for Philadelphia Flyers breaking news, analysis and opinion. Like us on Facebook, follow us on Twitter and don't forget to subscribe to PhHN+ for all of our members-only content from the entire Philadelphia Hockey Now crew plus an ad-free browsing experience.
Related Topics:Connor BedardfeaturedJohn Tortorellalousyphiladelphia flyerspreseasonSean Couturier
Don't Miss