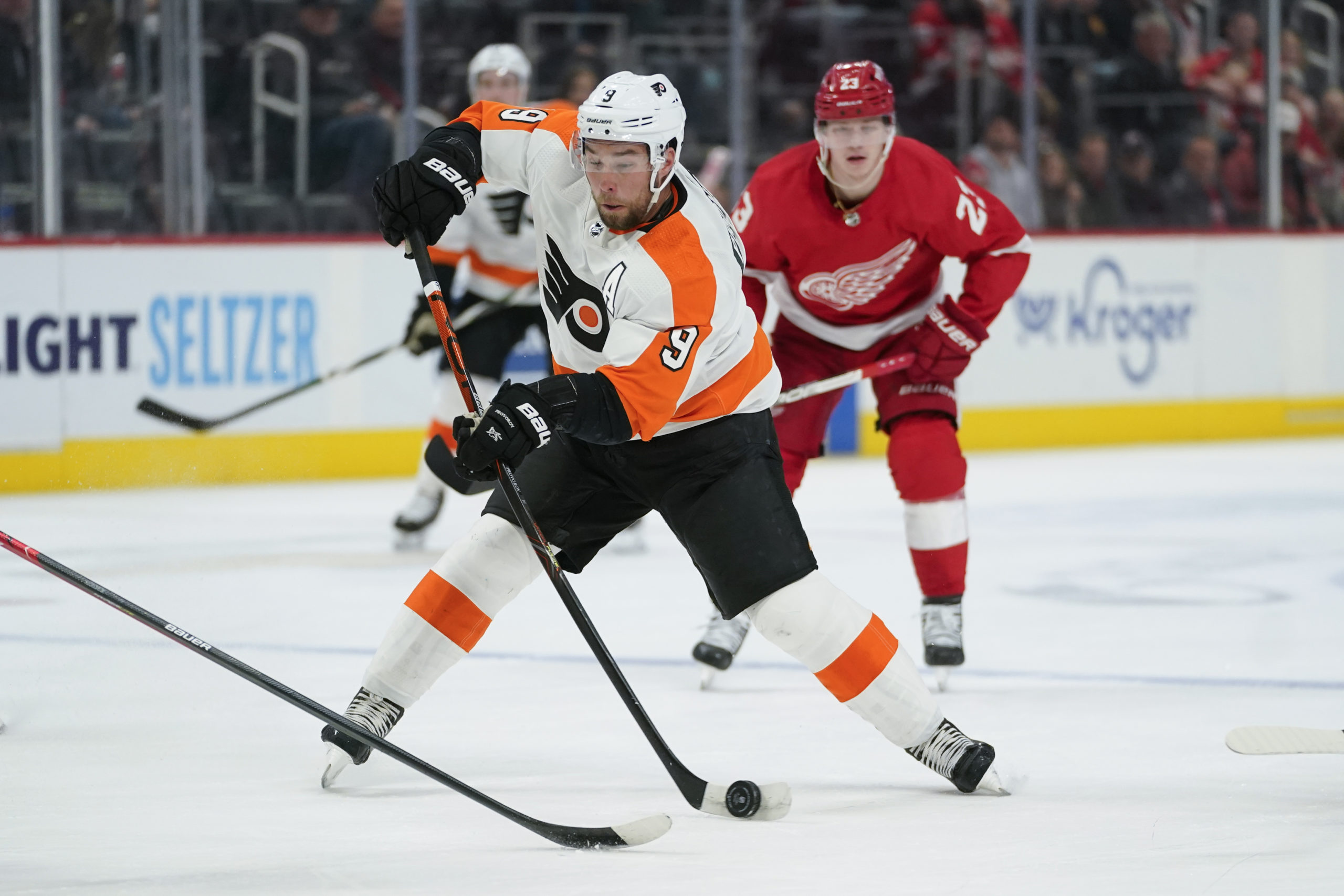 Philadelphia Flyers defenseman Ivan Provorov created a controversy by deciding not to participate in Tuesday’s pre-game warmups, during which his teammates wore Pride Night jerseys to celebrate the LGBTQ+ community.

Provorov did play, however, in the Philadelphia Flyers’ 5-2 win over visiting Anaheim.

After the game, Provorov cited his religious beliefs for not taking part in warmups. The Flyers wore Pride-themed jerseys and used sticks wrapped in rainbow Pride tape.

Provorov, 26, who is Russian Orthodox, said it was “my choice to stay true to myself and my religion.”

Also, in a tweet last night, I mentioned that Flyers coach John Tortorella said Provorov didn’t take warmups because he was against Pride Night. I should have said he strongly implied that.

Provorov’s decision was met with both praise and criticism.

Funny thing is he did actually grow a pair and stood true to what he believes in. This is the land of freedom, who are you to tell him what he believes is wrong. If some body is LGBTQ why do they need hockey players to skate for them? It is beyond ridiculous.

Good for him. @NHL losing fans pandering to every little feel good story they can

“City of brotherly love”? Lots of hate towards #Proverov for exercising a moral choice. He expressed respect but didn’t engage. Why are people so anti-choice? Do your own thing. Live and let live.

Why should he have to wear a Gay Pride Shirt if he doesn't want to??

… not that it’s for nothing… But, if photos of Provy from that warm-up were to make their way back to Moscow, it could also mean harassment and issues for his family back home.

I will guarantee you that 99% of Flyers fans are more concerned with his Plus/Minus than his religious convictions.

Respect goes both ways. Provy did not disrespect any group of peoples' beliefs and they also need to respect Provy's right to his beliefs.

He actually said post game he respect everyone as people.. he just doesn't condone pride behavior so he doesn't back it

Again nobody I'd being hurt or attacked. Hes just not participating

Because he isn't hurting anyone .. you have your beliefs.. he has his

You do you
He does him

Focus on the positive not the negative, worry about who was there and not who wasn’t. Everyone has a choice, respect it whether you like or not! He wasn’t there for his reasons, you were there for yours, drop it, shut up and move on!

Provorov has every right to not participate in pride night if he doesn’t want to. But we have every right to criticize him for being a bigot too. Religion is not an excuse

– It will also overshadow the work that Laughton & JVR have done to build relationships with the 2LGBTQ+ community, especially for young kids.
I just googled flyers pride night & instead of articles talking about the night itself / the initiatives ITS ALL ABOUT PROVOROV

The Provorov situation is a disaster, how you can let him play that game when he refuses to wear a pride jersey for 15 minutes? How many times in the last 2-3 years have we seen incidents that show the worst aspects of hockey culture and people in hockey? It’s so exhausting

As much as I disagree with him, Ivan Provorov stood up for what he believes in, and at the end of the day if you can’t accept that how do you expect people to accept what pride night stands for? #flyers #provorov

The “religious beliefs” thing is such crap anyway. No one’s asking him to be gay lol. Just support the people. What religion disallows that? Maybe his homophobic homeland has more to do with it

Welcome to your new home for Philadelphia Flyers breaking news, analysis and opinion. Like us on Facebook, follow us on Twitter and don't forget to subscribe to PhHN+ for all of our members-only content from the entire Philadelphia Hockey Now crew plus an ad-free browsing experience.
Related Topics:5-2Anaheim DuckscommunityfansfeaturedgayIvan ProvorovjerseyJohn TortorellalesbianLGBTQphiladelphia flyersrainbowreactionscorewarmups
Up Next