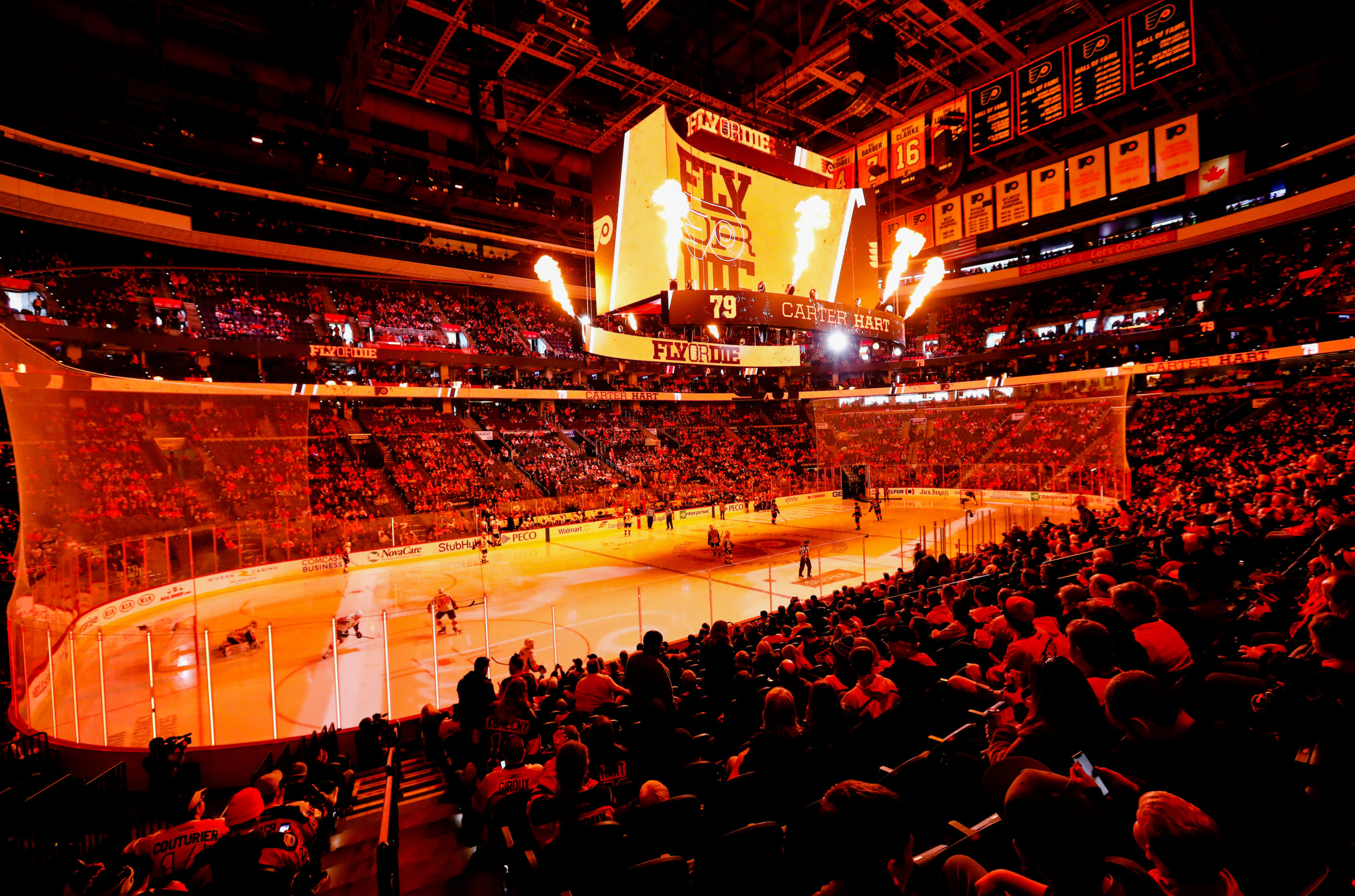 The Philadelphia Flyers haven’t had fans at the Wells Fargo Center this season, but that may be changing soon.

According to a report by Keith Pompey of the Philadelphia Inquirer, the Sixers, Flyers, and Wells Fargo Center sent Philadelphia a proposal to have 5,000 fans in attendance for games beginning sometime next month.

Pompey also reported that one source said the Sixers would be satisfied with a limit of 2,500 fans. You’d have to assume that the Flyers would likely be fine with that arrangement as well.

The Flyers have hosted essential staff (including Gritty), media, and a COVID-19 frontline worker family at each game this season. The Sixers had up to 100 family members, staff, and friends in at their past two games this week.

This is great news for fans who are hoping to cheer on the Flyers in person this season. It’s also good to hear as a follow-up to the Wells Fargo Center receiving a high healthy-safety rating on February 2nd:

“In an important step toward welcoming fans back to the arena later this year, Wells Fargo Center has been awarded the WELL Health-Safety Rating for Facility Operations and Management, a widely-respected, evidence-based, third-party verified rating of the venue’s health and safety protocols. Wells Fargo Center, home to the NHL’s Flyers and NBA’s 76ers and a premier destination for entertainers and artists, is the first events venue in Pennsylvania to achieve this prestigious distinction.”

Being able to safely host spectators could be huge for the Flyers and their fans.

So, if the target is sometime next month, when could Flyers fans return to the Wells Fargo Center?

In March, the Flyers host two four-game homestands: 7th to 13th and 22nd to 27th. If fans are allowed starting sometime next month, those could be the target dates. After that, the Flyers are home on the 5th, 6th, and 11th in early April.

If Philadelphia approves the proposal, the Flyers could soon join that list.

Welcome to your new home for Philadelphia Flyers breaking news, analysis and opinion. Like us on Facebook, follow us on Twitter and don't forget to subscribe to PhHN+ for all of our members-only content from the entire Philadelphia Hockey Now crew plus an ad-free browsing experience.
Related Topics:featuredFlyers FansGrittyphiladelphia flyersWells Fargo Center
Up Next