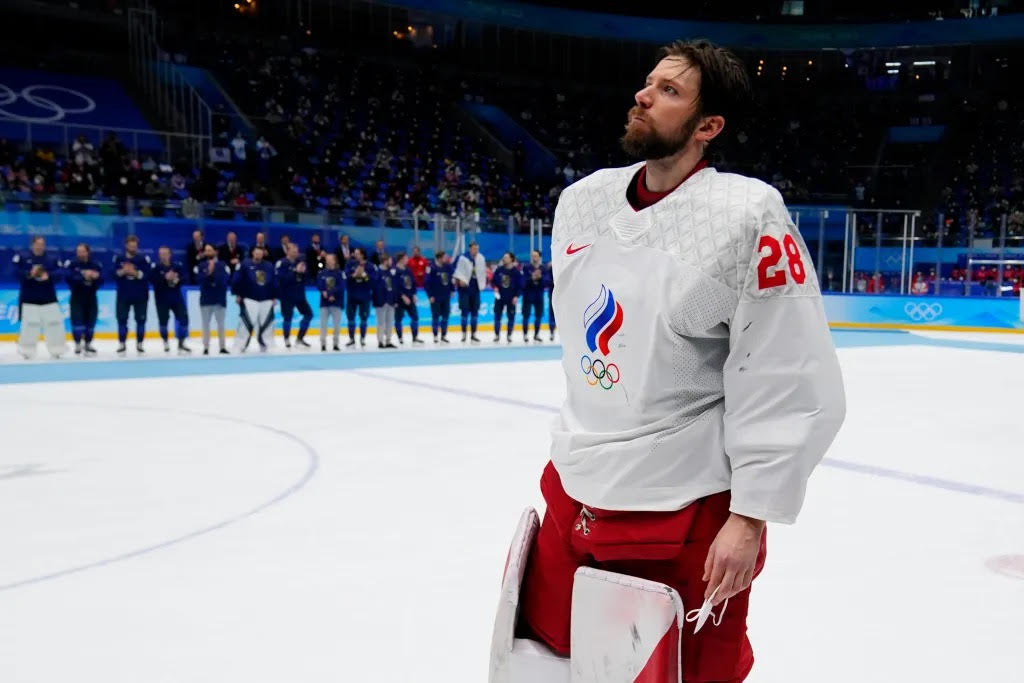 UPDATE: Ivan Fedotov learned Thursday that his preliminary hearing is now scheduled for Sept. 20; his lawyer appeared in court Thursday for just 17 minutes, per InsideTheGames.

Fedotov, 25, was favored to win the job as the Flyers’ No. 2 goalie in training camp. He would have pushed Carter Hart for more playing time.

That was before he ran into a roadblock, and was ordered to serve in Russia’s Navy.

The Olympic silver medalist filed a complaint against the government’s attempts to recruit him for military service.

In May, he signed a one-year, $925,000 entry-level deal with the Philadelphia Flyers.

Selected in the seventh round of the 2015 NHL draft, Fedotov starred last season in Russia’s KHL. In the postseason, he led CSKA to the title with a 16-6 record, a 1.85 GAA, and a .937 save percentage.

Mikhail “Misha” Vorobyev, who has been playing in the KHL but whose rights are sill owned by the Flyers, pleaded guilty to bribery charges related to trying to evade Russian military service, per TASS.

Vorobyev, 25, could receive as much as 12 years in prison, the report said. He had two goals in 35 career games with the Flyers, and has played in the KHL the last two seasons.

Welcome to your new home for Philadelphia Flyers breaking news, analysis and opinion. Like us on Facebook, follow us on Twitter and don't forget to subscribe to PhHN+ for all of our members-only content from the entire Philadelphia Hockey Now crew plus an ad-free browsing experience.
Related Topics:draftevasionfeaturedgoalieguiltyIvan FedotovKHLMikhail VorobyevMishaphiladelphia flyerspleadsRussiatrial
Up Next